For awhile, “Skipping in Killer Heels” was the working title of my novel. So an article by April Wolfe, an LA based film critic, titled “Action Heroines find Firmer Footing” written for the Washington Post, but picked up by my local paper, The Star Tribune in Minneapolis (7/12/18), caught my eye.

The article points out the ludicrous footwear worn by female action figures in certain movies. Think Charlize Theron in “Atomic Blond” or Kate Beckinsale in any of the “Underworld” flicks. Sexy sells, right? And, heels are sexy, right?

Evidently I’m not up on my action films, but you get the picture. How can these women who are supposed to be able to run, fight and kick butt with the guys, do so in stiletto heels?

“Black Panther” is on my Netflix list, and now I’m more curious to watch it as according to Ms. Wolfe, the shoes worn by the female warriors are split-toed shoes inspired by Japanese culture and have a very small wedge heel.  Progress?

After reading the article I spent some time with Mr. Google discovering all sorts of interesting things about shoes through the ages. Quite entertaining….I did know some of it, but mostly relegated women’s shoe styles to the natural reflection of the cultural norms of the day. I knew that in Imperial China, the purpose of binding the foot was to assure a unnaturally small size which then signified femininity and allure. But I hadn’t heard the theory that the small trot resulting from a woman wearing such a shoe was thought to strengthen the vaginal muscles. Or that Sigmund Freud theorized that high heels were viewed as a ‘vessel’ to a women’s genitals…Or that Louis the XIV required anyone, men and women, who entered his court to wear red heels.

As you scan the various images of shoes through time, it’s clear that nearly every style of shoe has a precedent. The names themselves conjure up images of either wearing that style, or a particular era when that style was the rage. Platform heels, t-strap heels, kitten heels, chunky heels, high-heeled ankle booties, oxford heels, ruby slippers, glass slippers, wedge heels, clogs, high-heeled boots, etc, etc.

Although, I don’t recall ever trying on a glass slipper…. 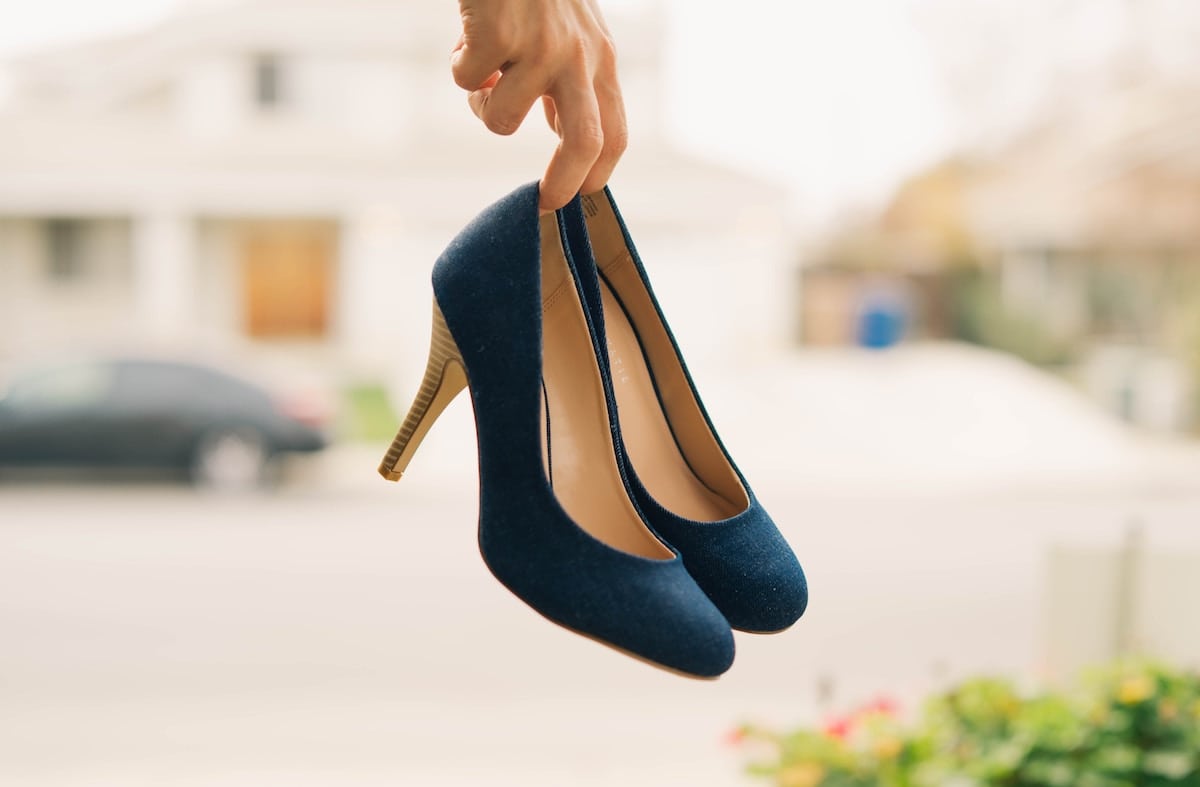 The stiletto heel, introduced by the House of Dior in the 50’s by the designer Roger Vivier was named after the stiletto dagger! One wonders if that was to symbolize the deadly effect the sexy shoe could have when worn by the right woman, or merely as a reference to its long slender heel. Hmm….maybe that’s where the phrase “killer heels” comes from…..?

Anyway, Jess Lawson, my protagonist in A Better Next, did enjoy her heels. And no, I’m not going to spoil your fun and tell you about the “skipping in killer heels” part. But I’d love to hear your comment about it after you read the book.

In today’s business world you see all types of footwear. I love the practical solution that many have now embraced; bring dress shoes for the office, but wear sneakers or running shoes to travel to and from the office, and possibly for a brisk walk at lunch. Style should give way to comfort and does, more than not. That’s a blessing for sure. Who wants to go through life with sore feet?

By the way, some say the high-heel was actually a practical invention eons ago, to help riders stay in their stirrups when aside a horse. Cowboy boots anyone?