Returning from a short business trip to Arizona, my priorities were to turn the heat up (Phoenix 70 degrees St. Paul minus 3 degrees) go to the gym, get some groceries, and then catch up on the news and mail. An interesting article in the Washington Post caught my eye. “Successful women, men network in different ways” by Samantha Schmidt.

I was tired, and I muttered to myself, ‘yeah, I know that—women have to.’  I did go on to read the article which cited a study published January 22nd in the Proceedings of the National Academy of Sciences that found the most successful female job-seekers from a top-notch grad school relied on not only a wide network, but also a close circle of other women to provide support and gender-specific job advice.

Let me just say that it’s SPECTACULAR when what your life experience tells you and scientific research match. Finally, research is backing up what we know. Women have to network with the men who are still disproportionately in the power roles to make a mark and be noticed. They need to play the game of “being seen, smart and ambitious” as well as amenable to the current power structure, or at least appropriately challenging as opposed to radically challenging. And, while men need to do the same, men have the advantage of assumed access as opposed to invited access.

I remember my first month of grad school in a class of 30; only 8 of us were women. I was naive and as I look back now, incredibly lucky. Before grad school, I had four years of steady upward movement to department head under the tutelage of a wonderful woman who showed me the ropes, made sure I was in the right lane, and most important, gave me what I now know to be important political advice on how to get ahead in a man’s world. It was one of these powerful men who suggested I go to grad school….but it was this wonderful woman who had steered me to this point, positioning me to shine.

During that first month of grad school, in an elevator full of first year female students and women alumni back for some event, I recall a comment something like this “so, beware the old-boy’s club—if you need help, give me a call.” At the time, I was flummoxed, because I hadn’t had any experience with exclusivity or being blocked out of an opportunity due to gender. But, I was very young, and I soon learned.

As it happened, I made friends with both my male and female classmates, and am still close to some of them to this day. Of course, I made sure I met with and learned from the powerful network of male leaders in my field. At that time, there were no women at the highest rank in my field for me to emulate. I needed male leaders to hire me, mentor me and promote me throughout my career. Eventually, I did achieve the highest rank in my field.

But, it was the women whose friendship I fostered who kept me sane, gave me the true skinny on how a particular organization was run, and who my friends may be. It was a women I often called upon to get the straight scoop on the power structure of an organization, and the best approach to it. Clearly quid pro quo, my female network expanded through other female friends and became almost a chain of trust among women who knew that our intuition, gender smarts, and business intelligence were valued by one another.

As I write this, I’m also remembering the time or two I was stalled out by a “queen bee” a woman who has a dominant or controlling position in a particular group or sphere who wasn’t interested in competition—and thus doesn’t extend any help to a female on the rise. Perhaps I’ll write about that in a future blog….

Any of you care to share such an experience? 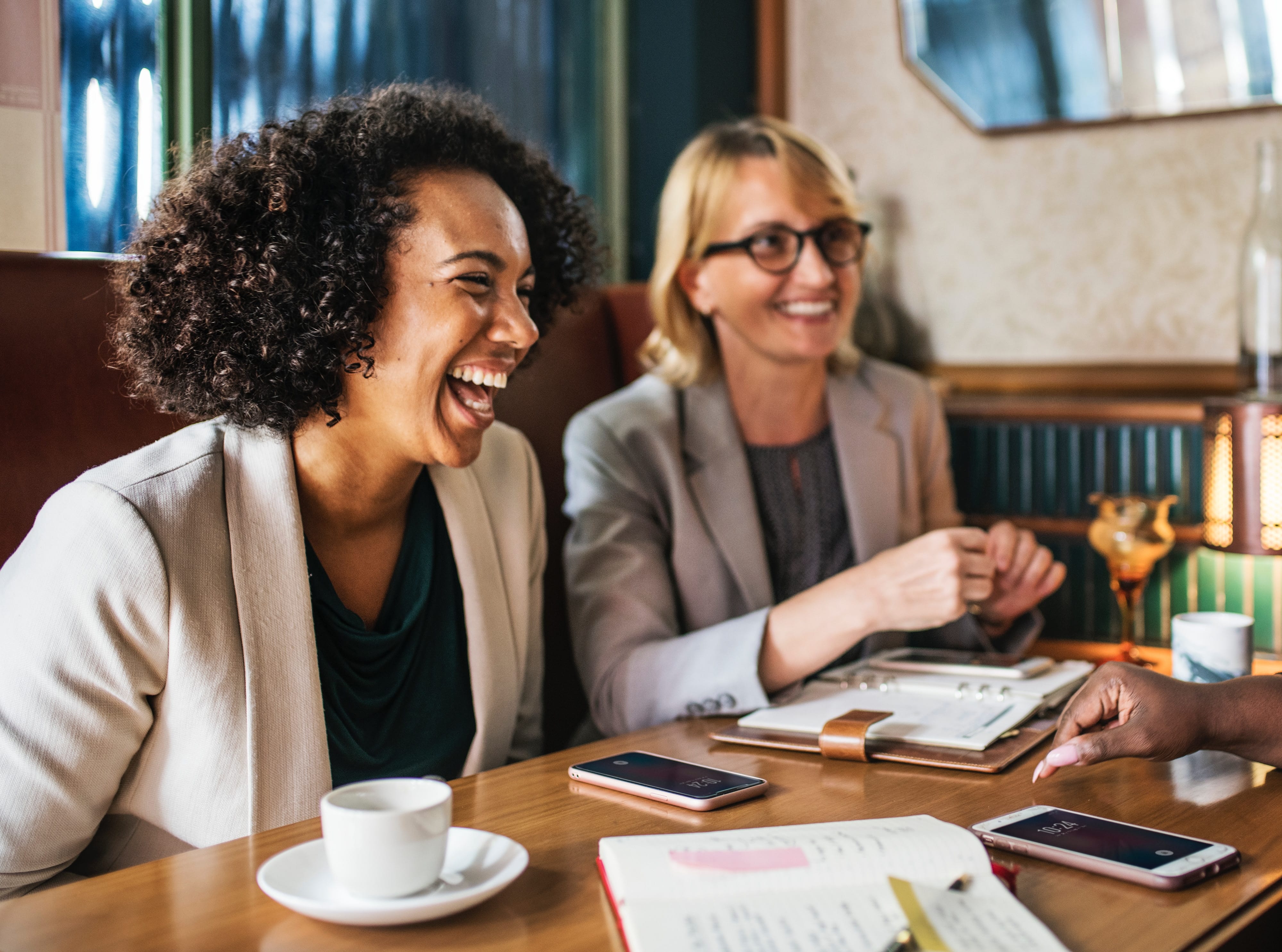