I’m writing this post from my hotel room in Kyoto, Japan—self-quarantined for a day to try to get the upper hand on a poorly-timed cold. In a country where people don face masks to protect others from their illnesses, it’s the least I can do.

The pace of the tour itself and the hustle to get ready to go may have left me vulnerable, but the day to rest now also allows me a chance to reflect on my experiences.

I’ve traveled a fair amount, and lived abroad, but this is my first trip to Asia. I find myself mystified by the language, spoken and written. It was no small accomplishment to get myself to the nearby drug store to purchase cough drops. My tour group, fourteen of us with a guide, is very compatible and, as usual, it’s fun to get to know fellow travelers and learn together. Someone always asks a question you didn’t know you had until it’s out there.

In Tokyo we visited both the Tokyo National Museum and the Edo-Tokyo Museum. Between the two of them we were able to see the world’s largest collection of Japanese art, including some of the most important Buddhist artwork. The city is densely populated but the natural beauty and calm of the Kiyosumi Garden was a perfect foil to the crush of people. The simplicity of Japanese garden design enhances the natural wonder of such well kept public spaces in the midst of the bustling cities.

After a side trip to Kamakura, the seat of the first shogunate in Japan where we admired the bronze image of Buddha at Diabutsu, we had lunch with two former sumo wrestlers who told us about sumo traditions and demonstrated some of their best moves…Fierce!

A highlight of the trip was going to Lake Ashi near Hakone, a resort area frequented by Japanese as well as tourists. The opportunity to see Mount Fuji in all of her glory over 2-3 days was incredible. Japanese bullet trains are world-famous and should be. Smooth, clean and so punctual that the line formation to get on is seamless as it moves. Bento box lunch on the train is an easy way to maximize touring time. And, the food is so delightfully presented, and delicious— a picnic on the rails!

In Kanazawa, on the coast of the Sea of Japan, the Kenrokuen Garden is one of the most beautiful in Japan. Our touring company arranged for us to meet with a Fukushima evacuee to hear his first-hand account of the 2011 nuclear disaster. It’s clear that the after-effects of this disaster is top-of-mind for Japanese people and the issue of how many nuclear power plants they should have is an on-going discussion.

We were able to travel to Gokayama, a mountain village and World Heritage Site, in the forested countryside of Kanagawa. We learned abut washi—a thick fibrous paper made from mulberry bark and got to make our very own postcards. We were also treated to a traditional dance performance featuring the musical instrument, the binzasara.

Now, in Kyoto, I am very impressed with the modern architecture of the Kyoto train station, just five years old—boasting a sky-walk at ten stories, an open pavilion and an eye-popping space-needle like structure, the Kyoto Tower.

This trip has been a full immersion experience into Japanese culture and while it is impossible to learn much beyond the superficial in just fifteen days, one can pick up some of the most telling attributes of the culture and get a sense of the values that drive it.  I loved the pride evident in a population that keeps the old traditions alive—teahouse culture, public baths, shrines, and art forms such as shibori textiles, marquetry inlaid wood and carving, washi paper making, and of course, origami. 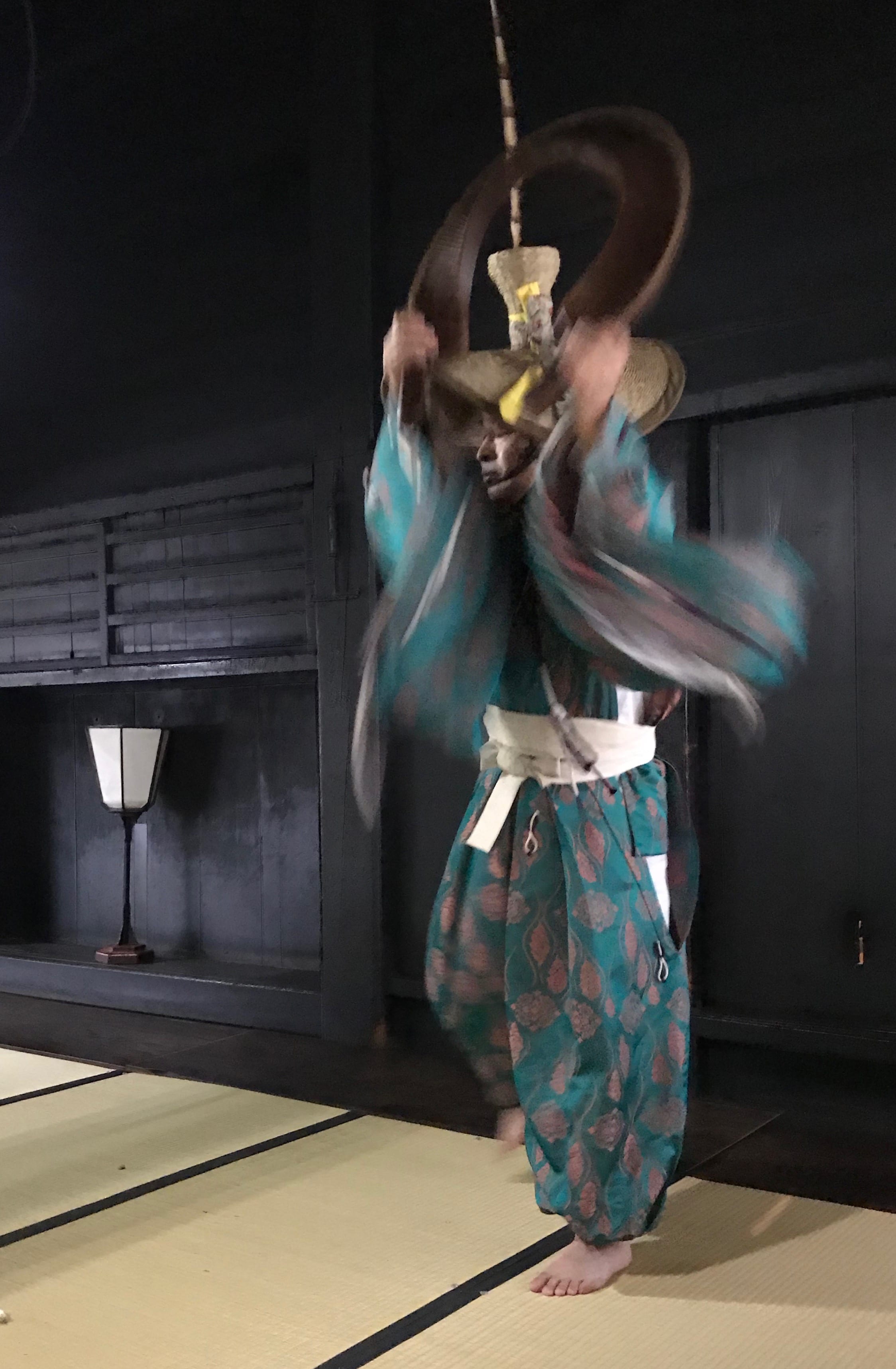 I am blessed to be able to travel and see more of the world. And each time I learn:

Getting away allows me to re-gain perspective about what is important in life. It’s a great chance to time-out for awhile. Even though technology today is ever present with temptation to record and transmit any and all experiences, it’s so fun to observe people in their everyday tasks, going about their business.  That’s hard to do while aiming an I-phone at everything you see…

At this point in a trip, I get antsy to be home in my own kitchen making soup or something else from scratch. This time, I’m excited about putting some new skills to work. Temaki sushi will be on the hors d’oeuvres menu for Thanksgiving Day!  Hope yours is a happy one!